Gallery of Modern Art and The National Gallery of Victoria,Australia, Unnerved the NZ Project

Unnerved the New Zealand Project
Traveled to...
and... 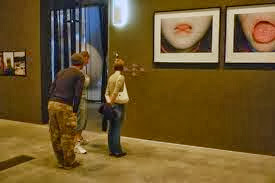 Lorene Taurerewa’s works evoke feelings of uncanniness or strangeness in relatively familiar settings. Taurerewa uses an emotive visual language to draw on her ancestral inheritance, Aesop’s fables, Grimm’s fairytales and Jungian tropes, culminating in a visual code that both fascinates and repels.
Psychopompos (from Greek) means a ‘guide of souls’, and refers to a spiritual being, often animal in form, who shepherds the recently departed from this life to the next. In the psychoanalytic terminology of Carl Jung, the ‘psychopomp’ mediates our conscious and unconscious realms. In Aesop’s allegories, animal characters reflected human traits in order to illustrate moral lessons. Taurerewa’s cast of animals likewise appear to escort human protagonists to unknown places.
Taurerewa’s drawings are delicate and intuitive, and their ephemeral nature is heightened by their translucent plastic background. Here, Taurerewa draws on her study of traditional Chinese brush-and-ink painting, and its key concept of the void or emptiness. Dark and otherworldly, Psychopompe appears to exist outside time, emerging instead as the not-quite-controllable creations of psychological realms. 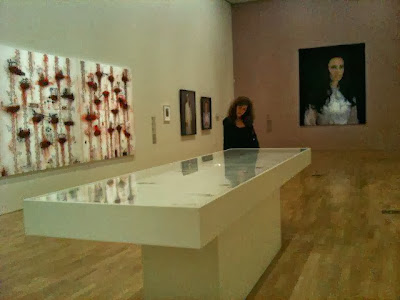